2017 was, well, crappy. Let’s not mince words. Among other things, I spent the entire second half of the year with excruciating tendinitis in both elbows (golfer’s AND tennis elbow in each)…and knees…and in my right biceps. Add to that two bad shoulders (that I have lived with for over a decade) and a neck that wasn’t too happy about any of it.

I spent most of December in Israel and besides a few handstands each day (bending my arms hurt…straight felt good) and a few workshops I taught mid-trip, I took the time off to rest my injuries, thinking it would all be better by the time I returned to LA.

It all hurt so badly, I couldn’t even sleep comfortably at night.

When I got home on Christmas, I jumped right back, eagerly on my mat. And the pain was so extraordinary, it actually made me nauseated. Oh…and I could do basically nothing.

Seriously, I thought my career was over.

The next few weeks were massively challenging—both physically and emotionally—for me as I struggled to imagine life without yoga. 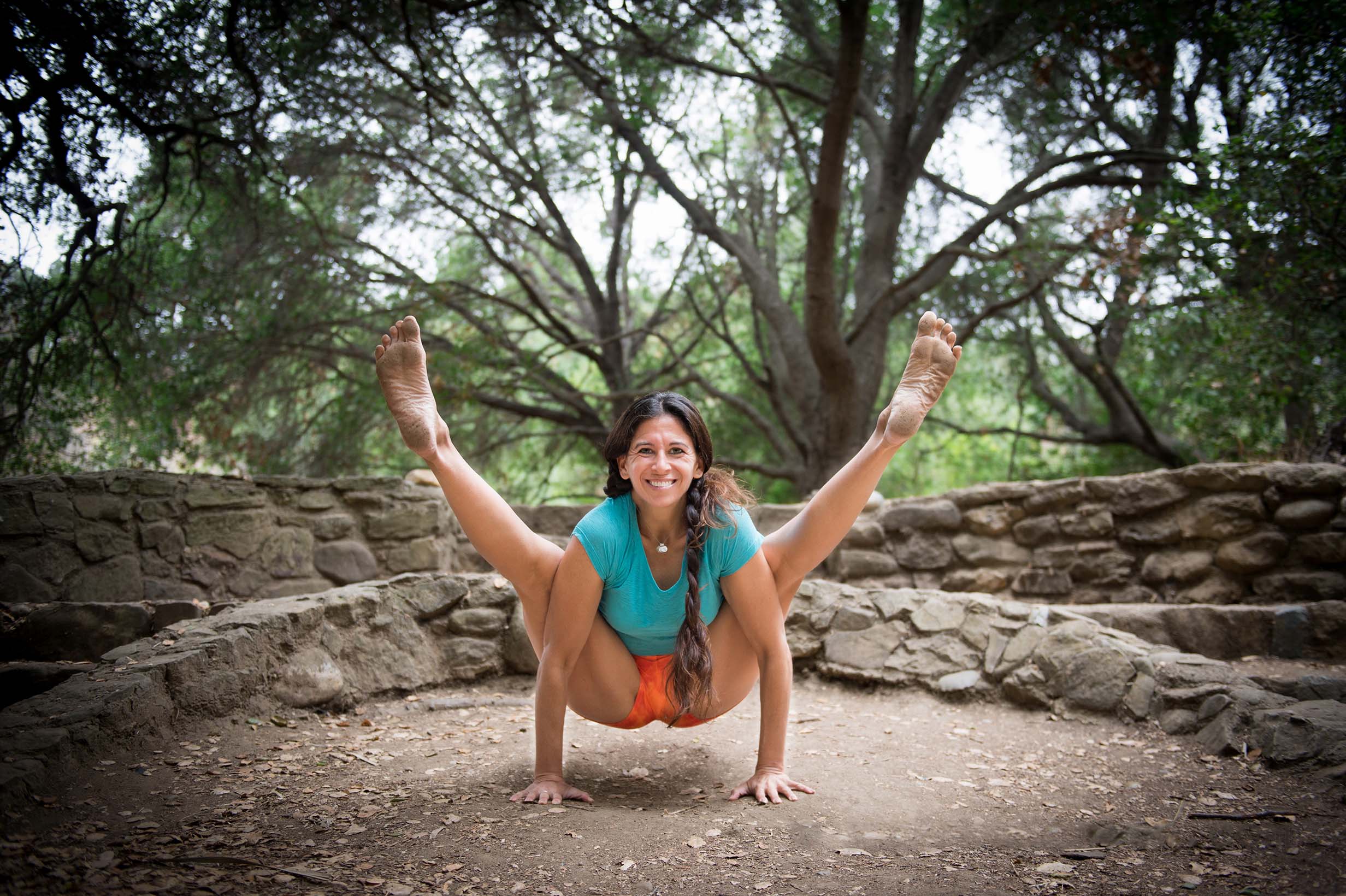 I called all the best sports doctors and no one could see me for months.

Three weeks later, after little to no progress and right before my teacher training intensive was set to begin, I decided never mind. I was just going to get better.

And the days leading up to the training were extraordinary. The things that were impossible (and I mean IMPOSSIBLE) on Christmas, I willed possible.

Handstand to Gandha Bherundasana (which I have done thousands of times before and couldn’t even begin to approach after my return). It’s back.

As are urdhva dhanurasana chakrasana, funky pincha to eka panda koundinyasana and a slew of other things that came flooding back while I seriously thought they were gone forever.

Something in me just said it had to be that way. And it was.

No matter how strong you are, never doubt your strongest muscle…your mind. It can do astounding things!