One thing (if I can possibly name one thing) that everyone is talking about these days is how hard is has been to get a good night’s sleep during the pandemic. A year-and-a-half into all this craziness, that’s a long time to go sleep deprived.

Sleep is such an incredibly important part of not just overall health, but of yoga itself. You can find references to Yoga Nidra (literally, yoga sleep) as far back as the Upanishads (Mandukya Upanishad) and the Mahabharata (Book 1, Section 21).

And sleep deprivation is literally used as a form of torture and is actually illegal under the Geneva Conventions of 1949.

Yeah. Sleep is that important. 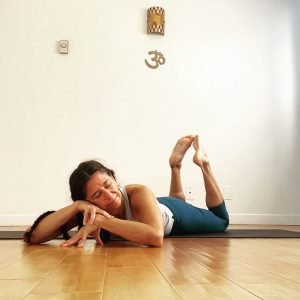 Up until…say…March of 2020, I was what one would consider an Olympic calibre sleeper. I could fall asleep in the middle of a rock concert and slept like a rockstar through to morning.

Then…well, I learned what it meant to have insomnia. Waking up around 1 or 2am, unable to sleep for hours. And I can confer. It was torture.

Here is the technique I developed to help me avoid these sleepless nights. For me, it honestly works. I hope it works for you.