My mind has been going nonstop lately. Yeah, I know, not very yogic. But sort of human, you have to admit.

A couple weeks ago, I went to visit my sister in Israel. For those of you who don’t know Danni (The Dodo does!), she runs The Tiny Pet Rescue out of her home. Her one-bedroom apartment in Tel Aviv.

First night there, already slammed by jet lag (when I travel, I never really manage to get off Los Angeles time…which makes coming back quite easy, at least!), it’s 1AM and the zoo is going crazy. Cats everywhere, screaming, running, fighting, digging at my skull. There was no chance of sleep in the forecast for me.

And did I mention a mosquito that kept buzzing around my ears and biting my face? I didn’t even know mosquitoes bit faces! Apparently, they do. 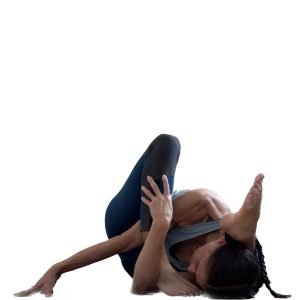 I remembered hearing that music played at 528 hz had the power to reduce stress and anxiety. And before I continue, let me just say that this yogini is not so woo-woo, but I figured it couldn’t hurt to try.

528 hz is considered to be the magic frequency for relief from stress and anxiety. Turns out it also has some unintended side effects.

Danni was sound asleep in the next room and I didn’t want to wake her up, so I opened YouTube on my iPhone and played a 528 hz soundtrack on volume 1. So quiet that I could only hear it–and even then only ever so slightly–if I lay the phone right next to my ear.

Within a second–absolutely instantly!–the entire room came to a halt. All the cats stopped their possessed, demonic nighttime rituals, got completely still and quiet and curled up for bed. Even the cat that was lying directly on my head stopping purring. It was that surreal.

I know that cats and dogs hear sounds at frequencies that we can’t. But for them to hear the almost silent music from across the room in the middle of chaos and completely relax was nothing short of magic.

Not sure how much the music has helped me–I have been pretty much playing it 24/7 since that night–but if you are looking for meditation music for cats, I have some tunes I can recommend…