It’s funny how brain waves and the shared conscience works. In January, I had never heard of intermittent fasting, but I stumbled into it anyway. I had no idea that it was a huge trend or even a thing for that matter. It just made sense to me.

I was teaching my 200-hour Teacher Training Intensive, which goes from 8am – 8pm each  day and simply found that it made my schedule easier if I had my last food of the day at the final break, around 6.30pm. That way, I could go straight home at 8, do my computer work for the day, take a shower and jump into bed as quickly as humanly possible.

Taking the extra half-hour or so to prepare and eat food seemed like wasting precious sleep time and, quite frankly, it felt good to go to bed on an empty stomach.

I know it’s bad (I know…I know), but dinner has always been my biggest meal of the day. I’ve never been a breakfast eater, and can’t eat too much at lunch since I teach yoga all day, so I’ve always been very hungry and ready for a big meal, come dinner.

During the Intensive, I would stop eating at 6.30pm, so by bedtime at 11, my stomach was empty (it helps that I am a very strict vegan, too, so the food I eat digests relatively quickly, and much faster than animal products) and I could get to Dreamland in a matter of seconds.

My first food of the day would come around 11am. 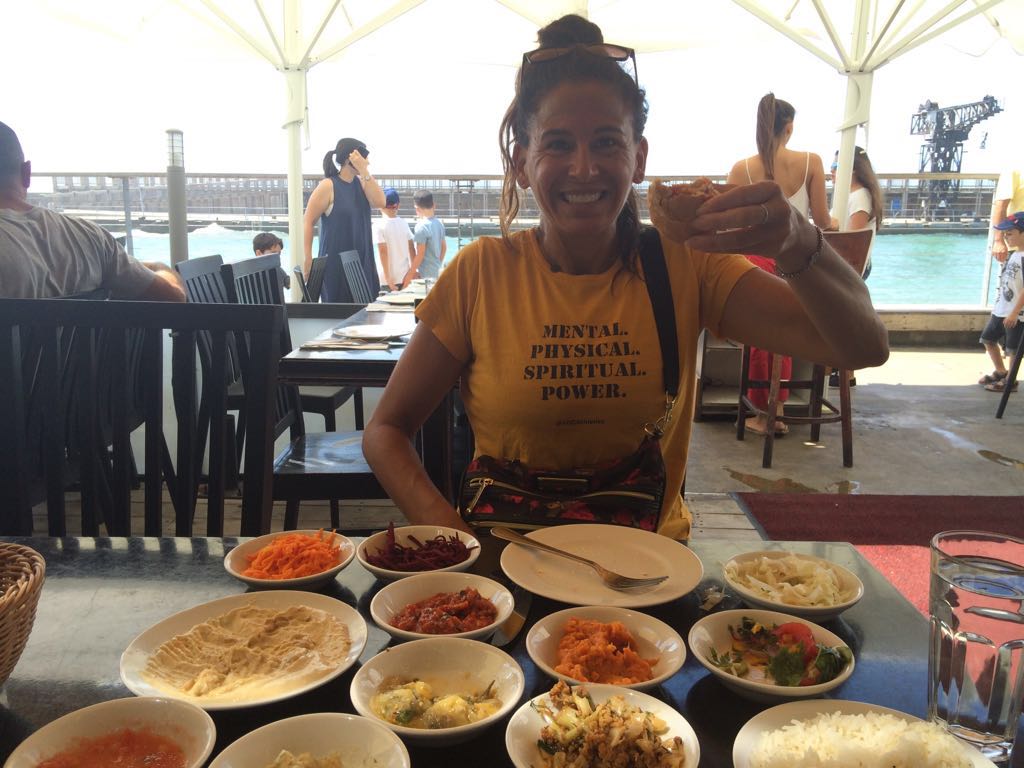 As you can imagine, my body responded to the shift in diet with a decent weight loss. Always a welcome occurrence in my life.

So, even though the training ended, I continued the intermittent fasting (generally eating between 1 and 5 or 6) for the whole year…up until now.

Because I started to gain weight.

I know it sounds crazy, but about late summer it started and here’s why…

Your body (read: my body) needs fuel to live and function. The food that you eat provides the energy for all the life you live, the things you do, the yoga…

Our bodies are adaptable. When they don’t get what they need, they go into panic mode and store what they can to ensure our needs are taken care of. So, when my body started to understand that it wasn’t going to eat for about 20 hours, it adjusted itself to make the food I gave it last until the next meal.

That means that even though I may finish eating by 5, I was going to bed and still feeling full as if I had just eaten!

Part of that was because I was simply eating too much. It wasn’t that I was eating fewer calories than I had been before intermittent fasting, I was just eating them in a shorter period of time. Which also served to overwhelm my digestive system.

Honestly, if we want to see changes in our bodies, we need to constantly be changing how we treat our bodies. We lose weight or gain weight, build muscle or fat, when we change our habit patterns enough to essentially shock ourselves.

This applies to diet as well as exercise. Think about Crossfit, HIIT, and the popular concept of muscle confusion. These are all ways to shock your body into a new physicality. (Also, why I am a big fan of mixing up your yoga practice each day instead of always doing the same routine.)

It’s not that intermittent fasting doesn’t work. It’s that it is meant to be intermittent. Maybe one day a week, maybe a few, but not every day. And certainly not with such extreme hours that it puts your body into starvation mode every day…

Last week I took myself off the intermittent fasting a few days of the week, kept it for the others. And what do you know? Despite it being Thanksgiving weekend (hello, overeating), my body lost the few pounds I gained toward the end of this experiment and is keeping the weight down. And, quite honestly, I am feeling darn good.